The State Coaching Panel is responsible for the policy and direction of Coaching throughout the Association, subject to the approval of the Board. The Panel is also be responsible for the assessment of Coaches, the issuing of certificates, arrangement of Schools for potential Coaches, arranging for assessment and issuing of certificates to Coaches, the inspection of potential new Club’s facilities, and all other matters that may be relevant to Coaching for members of the Association. 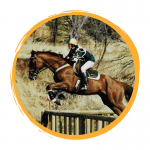 I started at Darlington Pony Club at the age of 15, successfully competing in dressage, eventing, tetrathlon and PPMG and gained by B certificate at 20.  I started coaching a bit in Perth, then travelled to America and coached at a riding school during Summer and Spring, teaching both adults and juniors. After deciding to focus more on my coaching, I returned to Perth and gained my Pony Club WA Level 1 in 2000, then moved to Karratha with worked and achieved my EA Level 1 in 2005, whilst also competing in EA eventing and dressage. I have coached at many clubs, including being a regular coach at Horsemens, Karratha & King Bay and Walliston Pony Clubs. I joined the State Coaching Panel in 2015 and have enjoyed the opportunity to help other riders and coaches achieve their goals. I treat my riders like my own kids and encourage them to work towards and complete their Efficiency Certificates. I am also a C*/K level examiner and assessor, as well as a mentor for Pony Club WA coaching trainees.

During my coaching career, I have developed riders to complete efficiency certificates and compete in Pony Club and Open competition, specifically in Dressage and Eventing. Some of my riders have competed and State and National level and others are now starting their own coaching careers.

Now that I am a parent, I enjoy watching my daughter work through the Pony Club system, where she is currently working towards her C certificate. I have also been developing my further accreditation’s, achieving my Accredited Gear Checker and Hickstead Inspector certifications in 2018 and I am currently working towards becoming a Pony Club WA Eventing TD. I strongly believe Pony Club provides great opportunities for developing 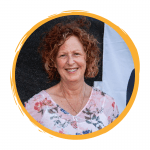 I have been involved with Pony Club since 1990 at Riverside Park.  I was initially involved in coaching then in 1997 became a committee member.  During this time I have held the positions of Treasurer for two years, Chief Coach for a total 10 years, and Secretary for two years and general committee for the balance until a couple of years ago when I now enjoy coaching at the Club.
Continue reading here. 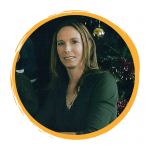 Natalie Williamson(Holley) came from a very horsey background. Her grandfather was a light horseman and bred and worked award winning Shire horses on his family farm in South Australia. After moving to Western Australia he went on to breed, train and race Standardbreds in Perth. Her Mum now manages the property and still breeds and trains Standardbreds.
Continue reading here. 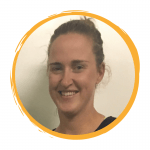 I have been a member of Riverside Park Pony Club (RPPC) since I was 6 years old both as a rider, coach and Chief Coach. During my Pony Club years I have obtained my PC Level 1 Coaching Certificate and I was fortunate to be a member of the WA team for PCA National Championships in Dressage, Eventing and PPMG. Additionally representing Australia as a member of the 2014 International Quiz Team.

My passion lies around coaching and developing practices to engage riders, coaches and families with the Pony Club syllabus. I am lucky enough to be able to encourage this through being a member of the State Coaching Panel. My passion for teaching children and passing on knowledge extends beyond Pony Club to my full time job as an Educator Support Educator. 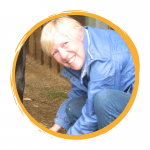 Started falling off a loan pony at 4 years of age. Enjoyed some success in Junior Foxhunters (Show Jumping) and in Combined Training with University College London. Continued to ride regularly as an Army Officer and later more sporadically when undertaking various Human Resources and Management roles in the UK and Asia Pacific Region. Initially based in the Swan Valley where Denise taught her husband to ride (aged 50 on a 17hh OTTB – still married!) and 14 years ago a sea/tree change move to Denmark and part-time work allowed Denise to volunteer with the local Pony Club. Denise is NCAS L1 coach, C Examiner and Visiting Commissioner. She has 3 horses: a retiree and 2 rather rotund Galloways and enjoys riding for pleasure. 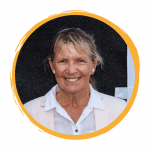 SUE BRITZA
State A, B and H Coordinator 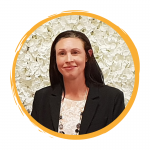 I was introduced to horses before I could even walk and have been obsessed with them ever since. I joined West Plantagenet Pony Club as at early age as a rider and have progressed to Pony Club coach at the same club, in the heart of the Great Southern Region. I have fond memories of camping out with my pony at our annual riding schools.

I have ridden and competed in many disciplines but main passion is coaching young riders. Last year I gained my NCAS Pony Club Coach Level 1 coaching qualification and am looking forward to undertaking my examiner training. I am excited to be part of the State Coaching Panel.

I have been involved in Pony Club for well over 15 years and have been lucky enough to be associated with Kalgoorlie District Pony Club, Avon Valley Pony Club/Zone, South Midlands Pony Club and Baldivis Pony Club.  In that time I have gained my NCAS Pony Club Level 1 Coaching Accreditation, along Cert IV in Training and Assessing and Cert IV in Career Development.  These have proved great resources for my passion of inspiring and mentoring pony club riders and coaches.  I am also a State C & K/C* Examiner, Coach Mentor and Assessor and currently I am serving on SCP as a NCAS Coach Coordinator. 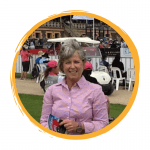 Judy has been a Pony Club member since she was a child when she belonged to the Enfield Chase Pony Club, (UK) and competed in the Prince Phillip Mounted Games right the way though to the finals at the Horse of the Year Show at the Empire Pool, Wembley.

Due to not having a horsey family Judy was lucky to be involved with an active Yard, where she rode in many displays and competitions and lots of different ponies and horses. Judy went on to achieve the Pony Club A test, and trained for British Horse Society instructors Exams, traveled to the Middle East and West Indies coaching and working with horses.

Judy has been part of the State Coaching Panel since 2004 and involved in Efficiency Certificate examining and training Pony Club Coaches. Judy has been a Coach for Pony Club WA at the last four National Championships and been on three International Pony Club Exchanges as Coach. 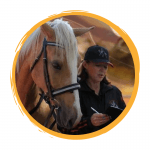 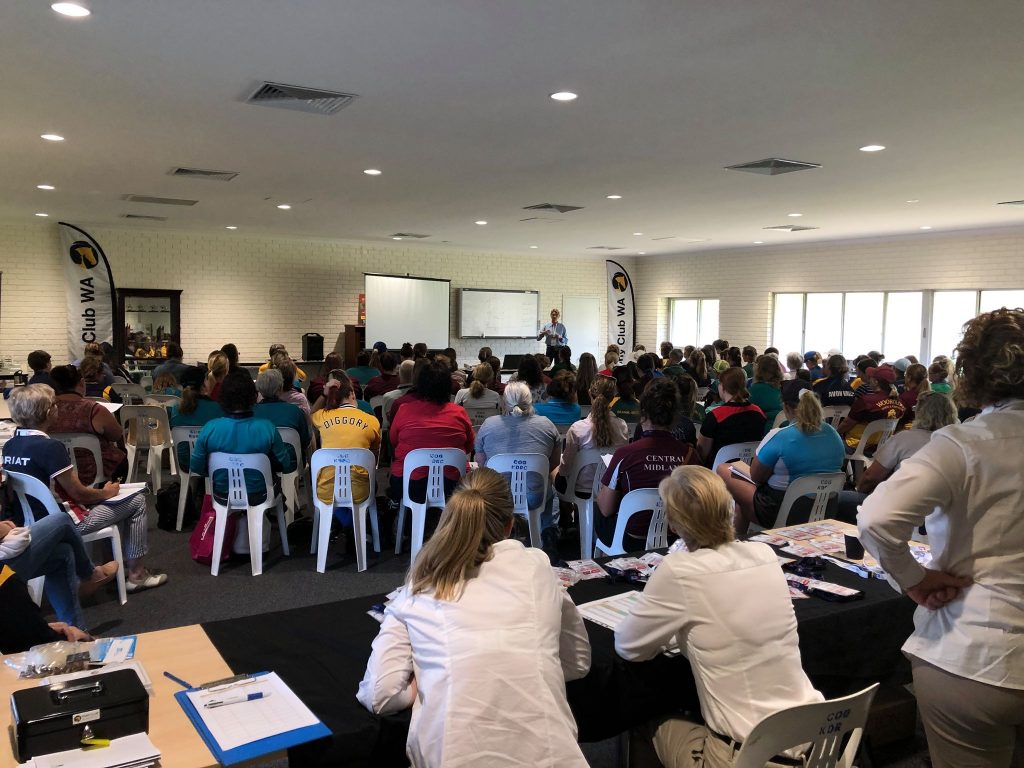 Cost: $50 per person. (this includes all 4 sessions)
Enrol: https://osm-pony.omnisportsmanagement.com/EventManager/EM_RegEventInformation.aspx?EventId=39%2bRiPMu1VUcU7%2fI3qDS0oEYj1GnH9Hq

The Pony Club Australia (PCA) course structure and delivery methods make the system very attractive and affordable for coaches and prospective coaches. Prospective coaches from the absolute beginner to the more experienced can work through the course at their own pace depending on their level of experience and access to assistance. The main features of the course structure are:

There are currently 2 levels:

Register your interest in NCAS Preliminary or Level 1 Coach or Gear Checking Training.

2019 Pony Club Australia certificate books can be ordered from the Member’s store of the MyPonyClub database. Payment by credit card only.

Please ask your club or coach if you are unsure about which book to buy.

Prices include shipping and handling.

If you do not have a MyPonyClub login then download and complete the order ORDER FORM and send to PCA at info@ponyclubaustralia.com.au

All clubs affiliated with Pony Club WA run certificate examinations throughout the year. All examinations require a suitable examiner, examiners appointments differ for every certificate, please see below for the requirements for each certificate.

Application for Appointment as a C Examiner

Application for Appointment as a C*/K Examiner

GCAP are also responsible for the training and accreditation of Gear Checking Officials throughout Pony Club WA.

The aim of GCAP is to ensure the Safety of the Rider and Comfort of the Horse in all Pony Club WA Activities and competitions.

Gear Checking Accreditation enables the standardization of the quality and consistency of gear checking throughout out Pony Club WA. It promotes the safety and comfort of the horse and rider and encourages a high standard of presentation at events.

Accreditation also allows Gear Checkers to be confident in their role and transfer gear checking knowledge and requirements to all members all all levels.

Recognition of Prior Learning can be used to reduce the training process. All RPL requests must be submitted to GCAP using the Record of Gear Checking Form along with a letter outlining your request.

For accreditation requirements, refer to the Part 2 link below.

About
All Sports Committees are responsible for the encouragement, training and accreditation of their officials.

For State competition, the Sport Committee or organising Taskforce must appoint a Technical Expert who is responsible for:

Pony Club WA have a standard payment procedure. Please use the below forms.

Line stewards are voluntary and often trained on site at events.
Event Stewards are accredited by the Active Riding Committee and oversee events to ensure they are run according to the rules and procedures.

As of 2017 All sports must have a Technical Expert present at their State Championships. Dressage will have a Chief Steward representing the riders and the sport.
For the sport of Dressage, an EA or Pony Club WA Accredited Dressage Officials is qualified to represent the sport as the Chief Steward at the championships. For more information on the qualifications of the Technical Expert, please see the current Pony Club WA Dressage Rules.

The sport of eventing has two type of accredited officials.

All Hickstead Events must have an appointed Hickstead Inspector or Eventing Technical Delegate. These officials are responsible for, but are not limited to the following: