Pony Club WA Board of Directors

Our Board of Directors 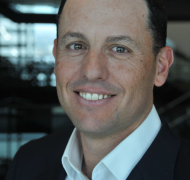 Karl grew up as a Pony Club kid in Central Queensland and, despite a distinct lack of riding prowess, enjoyed many bush gymkhanas and rural pony club camps.  Karl’s equestrian interests were interrupted when he moved to Brisbane to study and then moving to Perth.

Karl didn’t get back to the horse scene until his wife, Susan, convinced him that it would be a good idea to live in the Perth hills, at which time he convinced her that ponies for the children would be a good idea to “enhance our lifestyle, but not become our lifestyle”.  Karl managed to stay true to that ethos for a very short time until his daughter took up membership at the Darlington Pony Club and became a very enthusiastic eventer, now every spare minute is occupied by the topic of horses.

Karl was a member of the Darlington Pony Club committee between 2012 – 2018 where he alternated between the roles of President and Vice-President.

When he’s not busy with horses, Karl is maintaining his career in the mining industry where he holds a senior leadership position. 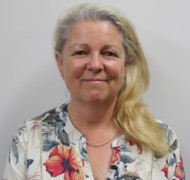 Jan originated from Kent, England. Moving here when she was young, she began her love of the outdoors post school, working as farm hand in Kojonup eventually attaining her Associate Diploma in Agricultural Technology from Muresk Institute in Northam.  From there Jan became involved with horses which continued with her husband’s families Quarter Horse Stud in Gidgegannup where they have been breeding Quarter Horses for the past 40 years. At present Jan is a Laboratory Technician within the education department working in two schools assisting science teachers.

Jan has been a member of Gidgegannup Horse and Pony Club for the past 20 years. She began with three daughters as riding members all under the age of 7. Since then Jan has had many roles with in the club including parent, president, vice president, treasurer, events co-ordinator, coach co-ordinator, coach and various roles on the Zone committees. This has given her a thorough grounding in the year to year running of a very active Pony Club and the equestrian world in general. Jan has been the Gidgegannup CNC Event Director for the past 8 years and has seen the event grow to become the largest event held in Western Australia. The Gidge CNC has successfully run both Pony Club WA and EWA classes which always throws up many challenges and keeps the director and committee on their toes. The journey of her own children through Pony Club has instilled in Jan the belief, in Pony Club WA as a character building association for both riders and parents. What other sport involves getting up at the crack of dawn, towing horses all over the state, making sure all the correct gear is packed and clean, knowing all the rules for any particular sport, spending endless hours watching, having and or giving lessons then being on hand to help with those last minute hiccups all for 8 minutes in the arena. 100% worth it. 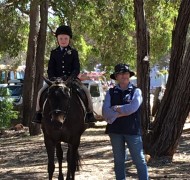 I have always had a special place for horses in my life since the age of 4yrs but did not actually have my on horses until I was 14yrs.

This is when I attended Marlborough Pony Club in New Zealand and also started my riding in eventing.

I accomplished all my certificates up to and including B cert and then did my A cert here in Perth when I came over for a holiday and here I am 42yrs later.

Once I settled here in Perth, I began coaching at Pony Club from the age of 19yrs and went and did my EA Level 1 and 2 also here in Perth.

I have had some great and challenging horses but cannot go past a horse called “Mytellic Myth”(Frank as he was fondly known as) I purchased him as a 3yr and trained and worked him,   he competed in eventing up to what is called today 2* here in Perth and Wandin and Werribee in Victoria. He then went onto Show Jumping & World Cup Showjumping with great success here and many times in the Eastern States with Fiona John. He was a true gentleman standing only at 16hh but a big boy in statue being a Percheron x.

Another lovely horse was Scotty who got me jumping again from a 20yr break from jumping. He is a lovely 17.3hh warmblood. Went to medium in dressage.

I have had success and lots of ups and downs but one just keeps improving and learning all the time. There have been many memorable moments but finally in September 2015 watching the birth and arrival of my mares foal (filly called Freyja) has been wonderful and with all going well to know I will have the opportunity to bring her own in the future.

I love coaching at Pony Club to give back what I have learnt and to see the children grow and improve with their horses/ponies.

I have coached over many years and then had a break for a while where I raised 2 sons plus studied and worked as a Vet Nurse for 15 years.

I am now coaching at Gidgegannup Horse and Pony Club as Chief Coach and enjoy the challenges that come with that position.

My advice to Pony Clubbers is always keep STRIVING for improvement and knowledge and remember to have FUN and stay SAFE. 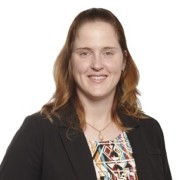 Brooke started Pony Club when she was six years old and was a member for the following period (1997-2009, 2016) at Riverside Park Pony Club. During that time Brooke was actively involved as a member and as a competitor in all disciplines. Brooke represented Western Australia twice at the National PPMG in 2005 and 2006. Furthermore, Brooke has been a member of the Pony Club WA Audit and Finance Committee for the past 2 years, assisting with the audit process and drafting financial statements for Pony Club WA.

Outside the world of Pony Club, Brooke has been a member of Kofukan Karate Australia for over 15 years and is currently assisting with teaching students aged from 3 years old. As part of teaching/coaching students, Brooke has gained a proficiency of 3rd Dan Black Belt, holds a NCAS Bronze Dojo Coaching Accreditation, Working with Children card and Apply First Aid Certificate. Brooke’s professional career, has seen her completing Bachelor of Commerce (Accounting/Accounting Technologies) at Curtin University. Brooke is a Chartered Accountant as a full member of the Chartered Accountant Institute of Australia and New Zealand and currently holds a position as Audit Manager with Grant Thornton Australia Pty Ltd where Brooke has been employed for 5 years. Brooke currently holds a portfolio of clients from many industries that include not-for-profit, biomedical, manufacturing and aged care. 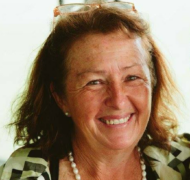 Ann Marie has been involved with horses all her life and this “hobby” became a lifestyle once she married eventer, Shaun Lowry and moved from Perth to Mundijong in 1989.

The Lowry family joined Serpentine HPC in 1996 and have been active members for the 23 years since. All three children learnt to ride and developed their horsemanship at pony club but Grace and Tom soon found non-horsey interests to keep themselves busy. Middle child Georgia, however, has always been passionate about her ponies and  the huge variety of pony club activities and friendships have been a cornerstone of her life ever since. Shaun and Ann Marie equally found Pony Club people and culture to be amazingly positive, inclusive and fun and they have thoroughly enjoyed being part of such a great youth movement over so many years.

After a very busy career as a corporate lawyer, HR consultant/ recruitment specialist and leadership executive at Fortescue Metals Group between 1986-2014, Ann Marie decided to leave the St Georges Terrace environment and focus on her family and a more rural life. This took the form of being an actively involved  owner and director in locally manufactured animal wellness product Anitone and developing a large agistment property “Shanley Green” in Mardella.

In addition, Ann Marie took on the presidency of Serpentine HPC between 2014 – 2017  and is very proud of this strong and happy club that celebrates its rich history and community spirit while continuing to produce great numbers of capable riders across all Pony Club sports with admirable sportsmanship and character.

Ann Marie believes that Pony Club, at all levels, can deliver even greater services to all the members by encouraging open, transparent and encouraging environments and by sharing the roles and responsibilities amongst as many as possible. In this way, the workload is lighter  knowledge is shared and successful succession is facilitated. 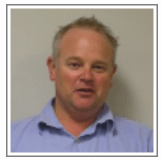 Steve first became involved with Pony Club in 2005 when his daughter joined Darlington Horse and Pony Club as a lead liner. Before long, his son joined and soon all the family were enjoying riding and making the most of various Zone and State Pony Club events. Fourteen years on, and Steve still enjoys being an active parent volunteer, now at Eastern Hills Horse and Pony Club.

There have been many memorable Pony Club moments for Steve, including leading a miniature pony and rider combination at a run in deep arena sand, completing two legs of a tetrathlon, (the longest four-minute swim of his life!) and experiencing every possible weather condition possible other than snow.

On any given weekend you will find Steve, along with the many parent helpers, on the ground participating in their favoured disciplines, Active Riding, Show Jumping, Tetrathlon and enjoying the wonderful camaraderie which is such an important part of what we do.

A Diesel Mechanic by trade, Steve completed a Diploma of Management in 2013 and is employed as a Business Improvement Advisor with a leading WA Earthmoving Equipment Dealership. 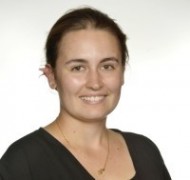 Amelia has been a member of pony club for almost 20 years, and has been involved as a volunteer on a number of occasions and recognised for these efforts receiving the Pony Club WA Citizenship Award in 2017 and the Pony Club WA Dressage Coach of the Year Award recipient in 2018. Over that period, Amelia has also been involved in the operations of her club as a former member of the committee, both as a junior member and associate.

Amelia has a background in Human Resource Management, Accounting, Politics & International Relations with a Bachelor of Commerce & Arts obtained from the University of Notre Dame.  She views becoming a member of the board as the next step in continuing her involvement and development as a member of Pony Club. Amelia hopes to learn from the vast experience and knowledge of other members on the board, to grow as a leader and continue to contribute to the guidance of Pony Club in Western Australia for many years to come. 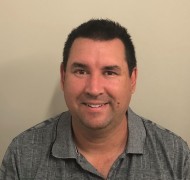 Having come from the Club level Rod sees the positives outcomes to be had from working with Pony Club WA rather than against.

Rod’s motivation for being on the Board comes from wanting to assist other Clubs big and small to see if we can make their life easier and help them grow again both financially and memberships.

Rod is known as a neutral person who listens to all sides to work through a solution without bias. Rod is also a hands on person as his Volunteer of the Year 2019 award from Pony Club Australia demonstrates.
I have not been in the industry long so I hope I can help which is my motivation, if I can learn more and further assist Horsemen’s or any club in the future that is my aim.